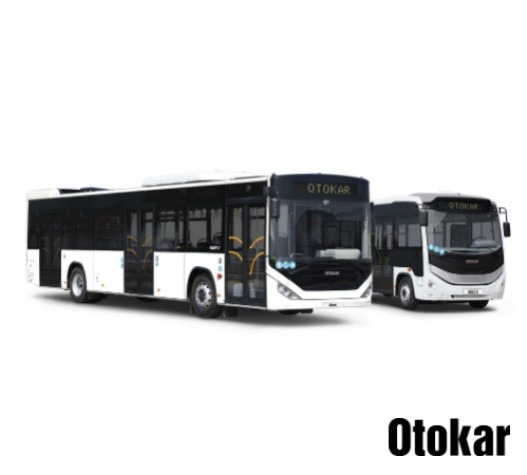 Turkey’s leading bus manufacturer Otokar will take public transportation in Georgia to a new level with its KENT C and AGILO C buses. Otokar, facilitating modern public transportation in more than 50 countries including Turkey, signed one of the biggest export deals of the year with Georgia. The deal that Otokar signed with the Municipal Development Fund of Georgia amounts to €18.7 million and includes spare parts and training.

Otokar, a Koç Group company, continues to stay ahead of the curve among international competitors with its innovative buses. Otokar signed one of the biggest export deals of 2020 with Georgia for an order of several buses, highly acclaimed in international markets for their design, ergonomics and technology and which the company produces with 57 years of experience.

Otokar, with vehicles preferred by clients for their design, comfort, technology and low operating costs, will take public transportation in Georgia to a new level with 175 buses. The deal signed with the Municipal Development Fund of Georgia amounts to €18.7 million and includes 117 AGILO C and 58 KENT C buses to be used in six different cities, with deliveries planned to be started this year. Otokar will also provide spare parts and training for the buses as part of the deal.

COMFORTABLE TRANSPORTATION TO MILLIONS OF PASSENGERS

Otokar General Manager Serdar Görgüç stated that he is glad that Otokar stayed ahead of the curve among international competitors in this transformation process carried out to meet the increasing public transportation needs of Georgia and won such an important export deal at the beginning of normalization process. Görgüç added: “We are going through a difficult period on a global level. COVID-19 is not only a health crisis. It has deeply affected economic and social development as well. We will leave these days behind. We will speed up our production with the Georgia export deal. We will bring a breath of fresh air to Georgia's public transportation. Our vehicles will be on the roads at the end of the year, will start a new era in transportation by offering a more environmentally and comfortable journey to Georgians with their designs, technical features, and spacious interior. I hope that this deal will be beneficial for both parties.”